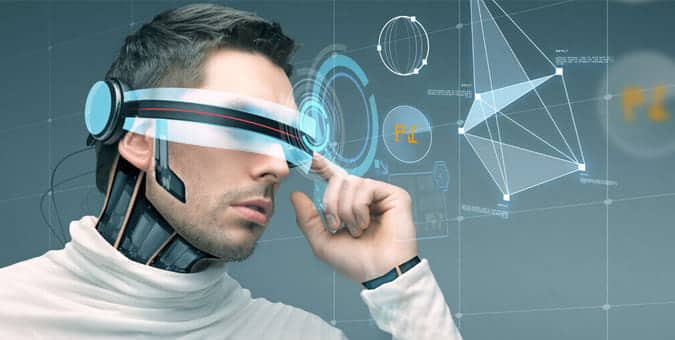 Augmented reality (AR) is one of the biggest technology trends right now, and it’s only going to get bigger as AR ready smartphones and other devices become more accessible around the world. AR let us see the real-life environment right in front of us—trees swaying in the park, dogs chasing balls, kids playing soccer—with a digital augmentation overlaid on it. For example, a pterodactyl might be seen landing in the trees, the dogs could be mingling with their cartoon counterparts, and the kids could be seen kicking past an alien spacecraft on their way to score a goal.

The most famous example of AR technology is the mobile app Pokemon Go, which was released in 2016 and quickly became an inescapable sensation. In the game, players locate and capture Pokemon characters that pop up in the real world—on your sidewalk, in an office, in metro and even in your own bathroom.

SOME USES OF AR

There are some incredibly exciting applications for augmented reality in healthcare from allowing medical students to train in AR environments to telemedicine options that enable medical professionals to interact with patients. In critical situations, augmented reality applications can deliver real-time information to the treatment area to support diagnosis, surgery and treatment plans etc. AR applications provide a sort of X-ray vision, revealing internal features that would be difficult to see otherwise.

Traditionally, people have used physical controls such as buttons, knobs, and, more recently, built-in touchscreens to interact with products. With the rise of SCPs, apps on mobile devices have increasingly replaced physical controls and allowed users to operate products remotely. AR takes the user interface to a whole new level. A virtual control panel can be superimposed directly on the product and operated using an AR headset, hand gestures, and voice commands. Soon, users wearing smart glasses will be able to simply gaze at or point to a product to activate a virtual user interface and operate it. A worker wearing smart glasses, for instance, will be able to walk a line of factory machines, see their performance parameters, and adjust each machine without physically touching it.

How does Bitcoin work?