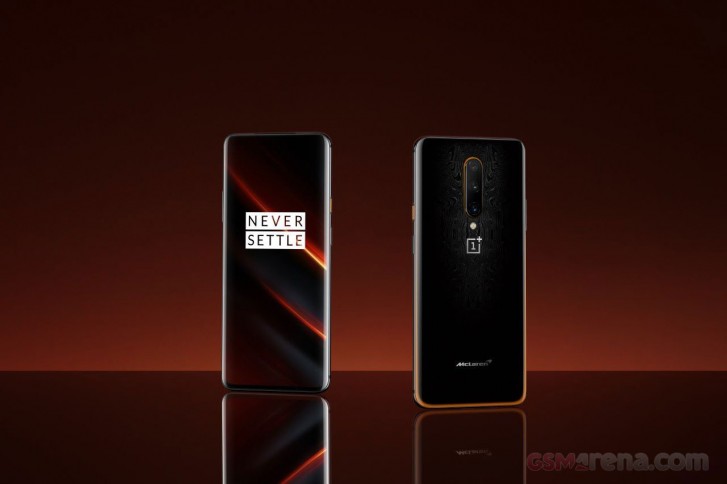 By now you may be familiar with the McLaren Edition M.O. These devices come loaded with the highest features and specifications that OnePlus has to offer, along with some special design elements, packaging and software customizations. That’s pretty much the story this year as well but let’s look a bit more closely to see what we are getting.

DESIGN – ONE FOR THE FANS

The significant size of the phone is well punctuated by papaya orange highlights on the sides, camera lens housing and the slider alert button on the side. It’s the strange pattern on the back that baffled everyone at the launch, but it’s actually inspired by the limited edition McLaren Speedtail concept and its carbon weave trim. The 3D Corning Gorilla glass on the front with the pop-up cam does make it look gorgeous, even though the curved edges don’t add much value besides flashing for notifications.

There is absolutely nothing wrong with the 7T Pro, but if you’re going to put a supercar badge on your phone, it has to look appropriately racy. McLaren’s legendary papaya orange shade is generously sprinkled on the box, the phone and even the charging cable. But the most elaborate display of this friendship between a Chinese disruptor and a British racing legend can be seen in the bundled protective case.

Buried deep in the womb of the box, you’ll have to peel it off its resting bay and what you get is a crafty case finished in Alcantara and carbon fibre, with the McLaren and OnePlus logo shining through in chrome. You are special, it screams. Truth be told, it is one of the best phone cases I’ve seen and actually makes the phone feel better with it rather than without it! It does add weight to the already substantial mass of the phone, so make sure you’re prepared to handle bulk.

But if the aesthetic doesn’t cut it, the performance should. The lovely 90Hz display is addictive and the OxygenOS keeps getting slicker with every generation. With regular updates, the camera performance has seen a big jump too. A fine specimen this is indeed!

Constant improvements are being made to the 48MP primary shooter and the biggest changes are seen in Night Mode. Exposure is well maintained using HDR, while detail and sharpness is on par with the best. The only area it drops the ball is white balance, casting a warm tone over the scene. The triple lens set-up uses the Super Macro functionality very well, allowing you to genuinely get close to a bee without being stung. 3x telephoto isn’t without noise while the ultrawide is a great tool to pack in the wolfpack during a night out.

Overall, it’s a great camera in this price segment with sharp, bright pictures that work brilliantly for social media. It’s only when you zoom in to more challenging parts of the frame that you realise that the colours are artificially enhanced and shadow detail is lacking in the darker areas. This is, of course, observed only when comparing it to phones like the iPhone 11 and Samsung Galaxy Note 10, both significantly more expensive.

No one ever said that the OnePlus 7T Pro with the Qualcomm Snapdragon 855+ SoC and 8GB RAM was a slow train. Add another 4GB and you get a true monster that is overkill but one that is also insured to last for the next three years of what the app developers throw at you. Differences between the 7T Pro and the McLaren Edition are impossible to decipher even while playing Call of Duty at its highest graphic settings and every other app opened in about the same amount of time, indicating that the 50% jump in RAM is currently not required by most. But sure, we get it that the McLaren badge had to be justified and this is the only real hardware justification besides all the colours and skins.

The unique packaging for the McLaren Edition devices is one of the things that set them apart from the regular OnePlus smartphones. Last year, the company had a large orange square box, which was a departure from the usual white boxes that OnePlus phones came in. This year, the company has used the same tall box design it has used for its new T-series phones and taken it further.

The 7T Pro McLaren Edition comes in a tall box that almost looks like something you’d get with a bottle of premium liquor. The box is even taller than the packaging for the standard 7T Pro, which itself comes in a rather tall red box.

The box is covered in orange paper wrapping with a repeating parallelogram pattern embossed on it. The orange isn’t just any orange but rather Papaya Orange, or the company color for McLaren that has been used in their cars and branding for years. On the front of the box are small OnePlus and McLaren logos. Gone is the ‘Salute to Speed’ text of last year, which we didn’t think much of anyway.

The rest of the box is pretty nondescript, except for the shipload of regulatory stickers on the back. They do spoil the look but then again, you can’t ship anything without them. Also found here is a small sticker from McLaren announcing this is official McLaren-branded merchandise.

What we see on the outside is actually just the cover. The actual box for the phone is inside the orange wrapping paper and features the same carbon fiber pattern from last year. 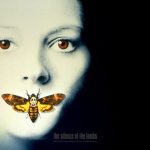 SPOILER ALERT_MOVIE REVIEW OF SILENCE OF THE LAMBS 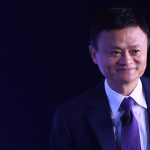