Coorg :The Scotland of India 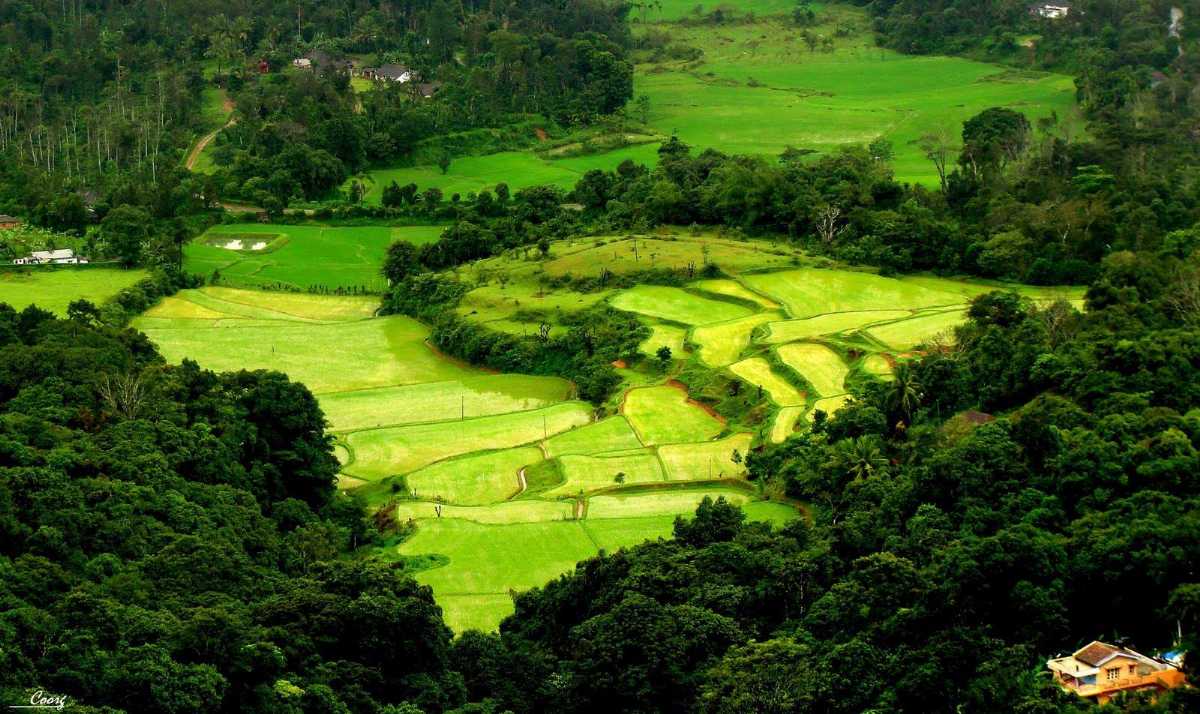 Located amidst imposing mountains in Karnataka with a perpetually misty landscape, Coorg is the place to be for all nature lovers.  This popular coffee producing hill station is not only popular for its beautiful green hills and the streams cutting right through them. It also stands as a popular destination because of its culture and people. The Kodavas, a local clan specialising in martial arts, are especially notable for their keen hospitality.

Coorg, officially known as Kodagu, is the most affluent hill station in Karnataka. It is well known for its breathtakingly exotic scenery and lush greenery. Forest covered hills, spice and coffee plantations only add to the landscape.Madikeri is the region’s centre point with all transportation for getting around starting from here. On a visit to Coorg, cover the beautiful towns like Virajpet, Kushalnagar, Gonikoppal, Pollibetta, and Somwarpet, and experience the beautiful concept of “homestays” to make your experience more memorable!

Abbey Falls, also known as Abbi Falls, is located around 10 kilometres away from the town of Madikeri and is one of the most popular tourist attractions in and around Coorg. The water cascade coming down from the cliff from a height of 70 feet provides a spectacular scene to behold. Nestled within the lush greenery which is typical to the sceneries of Western Ghats, the waterfalls attract hundreds and thousands of people throughout the year – especially nature lovers and photographers. The waterfall is located between private coffee plantations with stocky coffee bushes and spice estates with trees entwined with pepper vines. There is an over-bridge that hangs opposite of the falls, from where the most picturesque scene of white foams gushing down the ridge can be seen, captured and remembered. The flow of the falls leaves a significant amount of water spray on those who stand on the bridge for some time.

Some small mountains streams and brooks join together to form one of the most beautiful waterfalls of South India and falling off its cliff as the water flows to join the River Kaveri or Cauvery as one of its tributaries. The walk to the falls from the main entrance has around 200 steps downwards throughout and takes you through exotic coffee, cardamom, pepper and other spice plantations. It is a fantastic opportunity for shutterbugs to capture the real beauty and grace of the natural world. Even though bathing is prohibited in the falls now, the essence of the place itself is quite enough to draw tourists every day.

Talacauvery is the source of the river Kaveri, located on the Brahmagiri hill (not to be confused with the Brahmagiri range further south) near Bhagamandala in Kodagu district, Karnataka. It is located at 1,276 m above sea level. Kodavas erected a tank which is now considered as its origin. It is believed that the river originates as a spring feeding a tank or a Kundike and then flows underground to re-emerge as Kaveri some distance away. The place has a temple dedicated to the Goddess Kaveriamma is located next to the tank and bathing in it on special occasions is considered holy.

On the Cauvery changrandi day, thousands of pilgrims and tourists flock by the stream to witness the rise of the spring’s fountainhead, when the river water gushes up at a predetermined moment.  One can climb the 407 steps to the top of the hill to get a birds-eye-view of the evergreen forested land and the misty hills of Coorg. The most exciting thing about the hills is that even when one is standing on the uppermost step, they can still hear the temple bells ringing down below in the temple. If one visits Talakaveri during the rainy season, one will be greeted by the mesmerising sight of the origin of the Kaveri River.

Namdroling Monastery, situated at a distance of 34 km from the Coorg, is the largest teaching centre of the school of Tibetan Buddhism known as Nyingmapa. Popularly known as the ‘Golden Temple’, the Namdroling Monastery holds some excellent examples of Tibetan architecture and artwork, as seen with the elaborately decorated temple tower and ornate outer walls, intricately adorned with beautiful murals. It is spread over an area of 80 square feet and was built from Bamboo which was donated by the Indian Government to the Tibetans in exile. Today, it houses many auxiliary structures like educational institutions and a hospital, in addition to being home to about 5,000 members of the Sangha community.Thegchog Namdrol Shedrub Daryeling is the full name of the Namdroling Monastery. The foundation for this majestic monastery was laid down in 1963 by His Holiness Pema Norbu Rinpoche, the 11th throne-holder of the Palyul lineage of the Nyingma School of Tibetan Buddhism, following his exit from Tibet. The initial structure was made of bamboo and covered an area of 80 sq feet. The current 80 sqm area that the temple holds is thanks to the generosity of the Indian government, who donated the land to the Tibetan refugees who settled in the area. Inside, one has the privilege of witnessing the enormous 40 feet high golden statues of Guru
Padmasambhava, Buddha Sakyamuni and Amityaus, surrounded by lovely paintings of various aspects of Tibetan Buddhist mythology. The prayer rituals conducted by the monks are a unique sight that must not be missed. The serene vibe of the place is amplified by the well-manicured gardens that surround the area.

Raja’s Seat, a garden with beautiful flowering plants and skilfully designed artificial fountains, is located in Madikeri in the district of Coorg. The garden was a favorite venue to rejuvenate for the Kings of Kodagu, and they loved watching the sunsets sitting here as they spent some memorable time with their Queens. Even today, the breathtaking view of the Sun setting into the undulated mountains is mesmerizing. The delightful garden here is adorned with a multitude of flowers and is a treat to nature lovers, and the proximity of the location also makes it a preferred picnic spot for the locals. Visiting Raja’s Seat is an excellent way to get a glimpse into the lifestyle of royal indulgence in Coorg.

The Raja’s Seat has been built on an elevated ground overseeing the valleys that lie to the west. Early mornings are usually misty and cold, but as the sun rises, the mist clears slowly offering a mind-stirring view of the lush green gardens adorned with colourful seasonal flowers beds. The sunsets are equally splendid as the day slowly ends with the Sun setting in the mountains. There is also a Toy Train available for your little ones to take a ride on and the fountains have been modified into musical fountains. Today, this place is managed by the Archaeological Survey of India and is considered of historical importance in the country. The Raja’s Seat Garden is known for its beautiful seasonal bloom, panoramic view and picturesque location making it an apt attraction for Nature Lovers.

Located in the mysore district of Karnataka, Nagarhole National Park boasts of rich wildlife including both flora and fauna. Located near Bandipur National Park, this beautiful national park is packed with the bounty of raw nature in its best form. A myriad variety of animals such as Elephant, Jackal, Tiger, Panther, Gaur, Sambar, Spotted deer, Mongoose, Civet cat, Hyena, and Sloth Bear, and almost 250 varieties of birds call this place their home. Bestowed with best of wildlife and varied topography, this place offers gushing streams, lush green forests, gentle slopes and shallow valleys.The place is a paradise for nature lovers and those seeking solitude.

Nagarhole National Park is bounded by Kabini River on the north while Bandipur National park forms its southern boundaries. A dam of the Kabini River along with its reservoir demarcates the two national parks and is a sight to behold. Other than that, the park also houses stunning vegetation and plantation along with verdant tropical and deciduous forest land. Nagarhole National Park is home to a number of majestic reptiles such as King Cobra, Krait, Indian Rock Python, Russel’s Viper, vine snake, Tortoise, Monitor Lizard and Toads. In addition to these, trees such as sandalwood, silver oak, rosewood and teak are found in abundance here.

My July Travel Diary of Australia 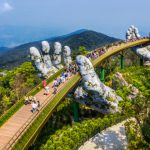 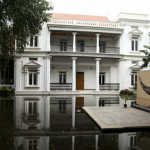