Nevertheless, we are still amazed every time we see such beauty. It seems almost supernatural! Here are 10 staggering Asian beauties that look simply irresistible.
Saba Mubarak
Saba Mubarak is a huge TV and movie superstar in Jordan, her home country. She even won the title ‘Best Arabian Actress’ at a movie festival that took place in Jordan.

Priyanka Chopra
A lot can be said about Indian beauties, but Priyanka Chopra is among the most staggering of them all. She is both beautiful and socially active – back in 2009 she directed a movie for the Alert India organization that deals with lepers. The next year she became the ambassador of good will for UNICEF.

Freida Pinto
Freida Pinto is not only an Indian actress and professional dancer – she also has a bachelor’s degree in arts and English literature. It seems that she can do everything!

Aishwarya Rai
Aishwarya Rai is often referred to as the Indian Monica Belucci, and for a good reason. Apart from being absolutely stunning, Aishwarya knows several languages, which allowed her take part in various movies that incorporated English, Tamil and Bengali languages. In 1994 she got the title of the most beautiful woman in the world.

Ravshana Kurkova
Ravshana is a Russian actress who was born in Pakistan. She doesn’t have a background in acting, but it’s not impeding her career in any way. In fact, she’s one of the most demanded modern actresses!

Cyrine Abdelnour
Cyrine is a famous Lebanese actress, model and singer. Prominent directors and producers were drawn to her beauty and she soon became the most demanded and highest paid actress in Lebanon.

Claudia Lynx
Often referred to as the Goddess of Persia, this singer, actress, model and translator is famous for her stunning beauty and all the charity work she has done over the years.

Sofia Boutella
Algerian by birth, this young actress and dancer has recently become the face of Nike. She is also part of Madonna’s dance troupe and has been performing on concerts of Rihanna, Britney Spears, Justin Timberlake and many others. In 2015, she took part in the movie ‘Kingsman: The Secret Service’.

Zhang Ziyi
Zhang Ziyi is a Chinese superstar who got famous after the movies ‘Geisha diaries’ and ‘The House of Flying Daggers’. Right now she is among the 4 most popular Chinese actresses in the world.

Haifa Wehbe
Haifa Wehbe is a Lebanese actress and singer who is well known in the Middle East. She became a professional model at a young age and won the title ‘Miss South Lebanon’ when she was just 16 years old. 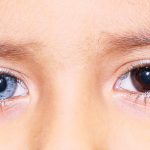 Things Your Eye Color Can Say About You 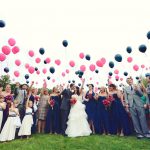 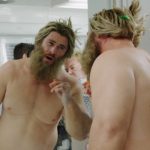