No horror movie is complete without its female star, who is often some sort of scream queen or “final girl” who survives through the end while everyone else is bloodily massacred. Usually, the audience is rooting for her. But why is she called a scream queen? Well, when you’re the star of a horror movie, it makes sense that there would be a lot of screaming involved. From creature features to slashers, here are the greatest horror scream queens of all time, ranked.

Curtis still looks amazing and starred in the recent revival of the Halloween franchise, but the Golden Globe winner has also starred in “The Fog,” “Prom Night,” and even the Ryan Murphy show titled “Scream Queens.” If there ever was a true queen of the genre, Jamie would be it.

Linda Blair will remain one of the most horrifying scream queens of all time due to her role in the 1973 scary movie “The Exorcism.” The possession thriller featured lots of screaming, projectile vomiting, and 360-degree head-turning. She showed up again in the sequel, and also was a reporter in “Scream.”

This Australian actress and model certainly appreciates the morbid. Starting with her presence on “Ash Vs. Evil” dead, she soon helped the Shudder original Mayhem as well as the gory, but comedic The Babysitter satanic horror franchise on Netflix, as well as a stunning performance as a bride with in-law issues on “Ready or Not.”

Many would argue that Samara Weaving is inspired by one of the OG scream queens herself, Sarah Michelle Gellar. Featured in horror flicks such as “The Grudge,” “Scream,” “I Know What You Did Last Summer,” and her iconic role as “Buffy the Vampire Slayer,” Gellar has nailed the genre since the late ‘90s.

While Moretz isn’t completely limited to being a Scream Queen, she’s reprised the role multiple times, from “Amityville Horror” to “Let Me In,” and the remake of “Carrie.” She also starred in the remake of “Suspiria,” and the creepy psychological thriller “Greta.” She brings nuance to the genre, and we can’t wait to see more of it.

We’ve lost track of how many horror movies Vera Farmiga has helmed. From “Orphan” to “Bates Motel,” Farmiga is a staple in the horror industry, and she’s also been in multiple “Conjuring” movies. Her roles are diverse, and so is her acting skillset, making her one of the most talented members of this genre.

This otherworldly beauty is still a relative newcomer to the horror scene, but she’s definitely staying on our radar after starring in the historical horror “The Vvitch,” as well as making a magnetic presence opposite James McAvoy in “Split.” Most recently, you can find her in the psychological thriller “Last Night In Soho.”

Even though she’s moved on with roles on shows like “House of Cards,” she’s a forever scream queen because of her roles in “Scream” and “The Craft.” In fact, her very first horror film was a campy Canadian 1993 flick titled, “The Dark.” 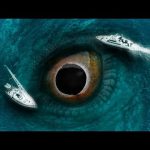 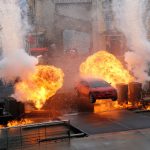 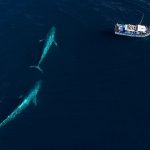 Gabriel Boric, Chile’s new president, is a ray of hope for the next generation.

Top 10 Inventions Made by Children