The decision about buying a DSLR vs mirrorless camera can be tricky. They both take the same pictures, of course, but they use very different designs. Some say that the DSLR is dead and that mirrorless cameras are the future, but Canon and Nikon have both released new DSLRs so it’s clear they don’t think so.

There was a time when a DSLR was the only way to go for professional photography. But the mirror system of DSLRs adds quite a bit of bulk to it, which is where mirrorless cameras comes in, also known as compact camera systems.

Mirrorless cameras retain the big sensors and interchangeable lenses of a DSLR, but drop the mirror to cut down on size and weight. There are pros and cons to both designs, but some do prefer mirrorless systems.

Proving that speed, resolution, and video capabilities can all coexist, the Alpha a7R III Mirrorless Digital Camera from Sony is a versatile, high-performance camera characterized by not only its resolution, but by its multimedia versatility. Revolving around a full-frame 42.4MP Exmor R BSI CMOS sensor and updated BIONZ X image processor, the a7R III affords an impressive 10 fps continuous shooting rate along with improved autofocus performance for faster, more reliable subject tracking along with wide frame coverage. This updated Fast Hybrid AF System employs a combination of 399 phase-detection points and 425 contrast-detection areas for quicker acquirement of focus in a variety of lighting conditions, and also maintains focus on subjects more effectively. In addition to speed and AF, the processing improvements also help to realize greater image clarity throughout the sensitivity range from ISO 100-32000, which can further be expanded to ISO 50-102400. Video recording capabilities have also been extended for enhanced quality when recording UHD 4K video with the full width of the full-frame sensor, or when using a Super35 area and 5K oversampling to minimize moiré and aliasing. Additionally, benefitting both stills and video operation, the a7R III retains the 5-axis SteadyShot INSIDE sensor-shift image stabilization, which is now effective to minimize the appearance of camera shake by up to 5.5 stops.

In the most literal sense, a DSLR camera is a digital single lens reflex Camera. Inside the camera body is a mirror that reflects the light coming from the lens up into an optical viewfinder, by way of either a prism (in higher-end DSLRs) or a series of additional mirrors (usually in lower-end models). This is how you can see what you’re shooting, right through the lens, and is where the term “reflex” comes from — referring to mirror’s reflection.

When the shutter is pressed, that mirror flips up out of the way, the shutter slides open, and light coming from the lens takes a straight shot to the imaging sensor where a photograph is made.

The advantage of this design, compared to that of a mirrorless or point-and-shoot camera, is that you can see, in real-time, the exact scene you’re going to capture via the optical viewfinder. There’s no lag, as there can be with point-and-shoots and mirrorless cameras as the sensor has to transfer what it is seeing to a separate digital display elsewhere on the camera. On the downside, you can’t preview your exposure settings through the optical viewfinder the way you can on a mirrorless camera. (If you haven’t gathered by now, mirrorless cameras are so named because they don’t have a DSLR’s reflexing mirror.)

The D750 is Nikon’s third full-frame DSLR this year, and for a lot of our readers, it might be the most significant. Sitting between the more affordable D610 and the pro-grade, high-resolution D810, the D750 borrows elements from both cameras. Impressively though – with the exception of its 24 megapixel sensor – the D750’s build quality, ergonomics and feature set have much more in common with the more expensive of the two.

The D750 offers faster continuous shooting than the D810 (6.5fps), an ‘improved’ version of the D810’s 51-point AF system (more on that later), a 91,000-pixel RGB metering sensor, a now tilt-able 3.2″ RGBW LCD screen (which is otherwise the same), and the same OLED viewfinder display. The D750 also inherits the same video specification as the D810, which itself incorporated the refinements that Nikon has been adding with each successive DSLR release. In this instance, that means powered aperture control, the new ‘Flat’ picture control mode and the addition of zebra overexposure warnings (though no focus peaking yet). The D750 also offers Auto ISO control in manual exposure video shooting, retaining exposure compensation. 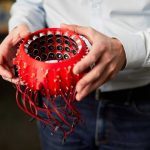 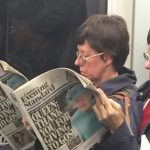 Zoom And Enhance: 8 Movie Scenes That Need To Be Paused 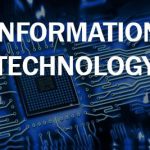 What Is Information Technology? A Beginner’s Guide to the World of IT 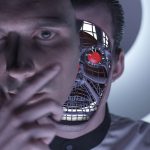 20 Shots from Cult Classics Before and After VFX Magic 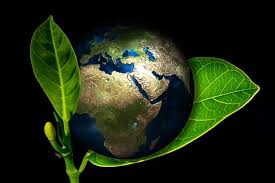