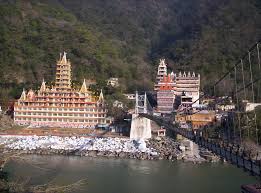 Over the years, the tranquil town has become extremely popular as the top spiritual destination in the world, especially after the Beatles association with Maharishi Mahesh Yogi here in the late ’60s. As it lies on the holy banks of river Ganga, Rishikesh has been a hub of Sadhus (saints) with numerous ashrams teaching spirituality, yoga, meditation and Ayurveda springing up, the most popular of which is the beatles ashram.

With the influx of tourists, there has been a surge in the number of cafes and restaurants in the town. However, in the last few years, Rishikesh has also been developed as the hub of Adventure Sports in India as there is a multitude of options including White Water Rafting, Bungee Jumping, Flying Fox, and Mountain Biking among others. It also serves as the gateway to many Himalayan treks and is used as a popular camping site making it a beautiful melange of spiritual and adrenaline-pumping experiences. Rishikesh also holds the international yoga festival in the first week of March which sees yoga enthusiasts from all over the globe.

Rafting in Rishikesh particularly is hands down the best; one could endeavour in India. From the gifted natural circumstances to the top professional assistance, the place has just the best to offer. There are some certified operators, whose safety arrangements are well in place, and there are customised packages for camping and rafting at Rishikesh. Your food, water and rafting arrangements are taken care of by operators if you want a stress free outing. If you want to look into matters yourself, you can also make your arrangements while you’re there. The peak season sees Rishikesh pretty crowded, so you can keep a check over that detail when you are planning.

The Lakshman Jhula is a famous hanging bridge across the river Ganga that connects two villages, Tapovan in the Tehri Garhwal district and Jonk in the Pauri Garhwal district. Located 5 kilometres to the northeast of the town Rishikesh in the Indian state of Uttarakhand, the entire bridge is made up of iron, is 450 feet long and is situated at the height of 70 feet from the river. The Lakshman Jhula is extremely well known amongst tourists because of the rich mythological associations that are connected with the bridge. It is widely believed that Lord Lakshman, the younger brother of Lord Rama, had crossed the river Ganga at this same site, where the bridge now majestically stands for all to see.

The construction of the bridge was completed in the year 1929, and presently, the Lakshman Jhula acts as an adjoining bridge across the river, along with the old route to the sacred shrines of Badrinath and Kedarnath. In the present day scenario, the Lakshman Jhula is visited by thousands of tourists each year not just because of its ancient origins and religious sanctity, but also due to the recent developments that have taken place around the bridge. Grand temples and famous markets have sprung up in the vicinity, and the entire area is a now a particularly renowned attraction in entire Rishikesh.

Important places around the Lakshman Jhula include the Terah Manzil temple, the Lakshman temple, and the Ram Jhula. The entire area is imbued with a mystic, serene and holy feeling to it. It is common to find people here profoundly submerged and engrossed in their religious traditions and meditations, as the entire area resonates with the sounds of the enchanting mantras and shlokas from the temple. All in all, a short visit to the temple is one filled with religious worship and tranquillity, both beautifully rolled together and amalgamated into one.

Situated on the banks of the holy river Ganges, Triveni Ghat is the biggest ghat in Rishikesh. ‘Maha Aarti’ happens every evening at Triveni Ghat.

Triveni Ghat plays an essential role in Hindu Mythology and is also mentioned in the epics Ramayan and Mahabharat.  The Triveni Ghat is also where the chattri of Lord Krishna was constructed. In fact, the ghat is considered to be the cremation ground for the great Lord Krishna. Along with the holy dips, the devotees also make offerings to the river in the form of milk, while feeding the fishes in the Ghat too.

Flying Fox is another one of the exciting adventure sports and top thrilling things to do in Rishikesh. In this sport, you are harnessed to a rope and literally sent ‘flying’ on a cable. The speed is accelerated or slowed down through machinery. You can get an enthralling view of the mighty Himalayas and soar over the majestic Ganges with a beautiful view in front of you and even below you.

The opulence of the majestic Himalayas, the clear waters of the Ganges and the mesmerising beauty of the adjoining forests make Rishikesh the ideal spot for adventure sports like camping and rafting. The hill-town brings to you the world class camping experience with umpteen camping and rafting services available in the area.

Also popularly known as the Guru Shri Ram Sukh Daasji, the Geeta Bhawan is a vast and spacious complex that is located on the banks of the river Ganga in Swargashram in Rishikesh, at the foothills of the mighty Himalayas. The Ashram is renowned as an important institution that preserves Hindu literature since it houses the Gita, which symbolizes the Hindu Vedas and epics. The Geeta Bhawan is visited by a large number of people each year, who flock to here to take a dip in the holy waters of the Ganges, listen to the discourses and meditate.

Other than airy and large discourse halls, the ashram also has over one thousand rooms that are available free of cost for the devotees to stay at. The pious devotees are also served with simple vegetarian food and Indian sweets at nominal prices during their stay at the Geeta Bhawan. Be it a mere two-hour visit to the ashram, or a stay there for a few days, the experience imbues the devotee with tranquillity, peace and devotion.

The visitors gladly indulge in the devotion of the River Ganges every evening, and the bathing ghats in front of the Geeta Bhawan offer them with an opportunity to take a holy dip in its waters. The ancient Banyan tree that is located within the complex is also worthy of notice since this spot has been the site of penance for numerous saints. All in all, the Geeta Bhawan comes across as a place that is overflowing with religious fervour and calmness, and is a must visit while in Rishikesh.

Mumbai :The City of Dreams 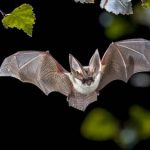 Take a tour to Tanzania

Why you should visit Karnataka ?