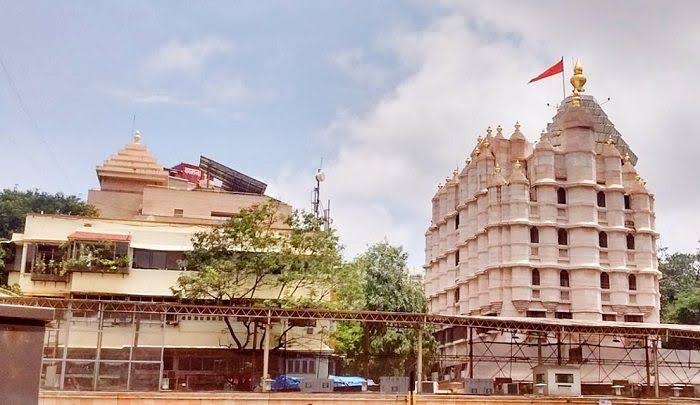 Mumbai, the city where dreams are made and fulfilled! From jam-packed railway platforms to the famous Dabbawalas, multi-millionaires to suburban slums, the dazzling Bollywood to the quintessential vada pav, bhel puri, and sev puri, the uniqueness of Mumbai is beyond words. If you are planning a trip to Mumbai, make sure you visit the right places to imbibe the dynamic effervescence of this city. To help you with that, we have listed down some of the amazing places visit in Mumbai, which will make you fall in love with this extravagant city over and over again.

Marine Drive is the most easily identifiable landmark associated with Mumbai and is indicative of the glamor and glitter of the city. It is essentially 3.6 km long, arc-shaped boulevard along the South Mumbai coast that starts at the southern end of Nariman Point and ends at Girgaum Chowpatty, popularly known as Chowpatty Beach. The coast wraps the Arabian sea and is the best place in Mumbai to watch the sunset or even to just take a leisurely stroll by the sea any time of the day or night. At night, when the whole coastline lights up, it justifies its other moniker i.e. Queen’s Necklace.

The whole curve of the coastline, shielded with palm trees makes for a spectacular view at night – you can go to either end of Marine Drive after sunset and see the lights glowing in a perfect arc all along the coast. People come to walk here in the evening to experience the brilliant sunset. It is also one of the places people visit late at night, and you will find vendors selling chai and cigarettes at all hours. The sound of the waves, a view of the Mumbai skyline and the starry sky easily make Marine Drive one of the most romantic spots in the city.

The best way to reach Marine Drive in Mumbai is by taking the local train from three nearest stations – Churchgate, Marine Lines and Charni Road. The beach is just at a walking distance from all of these stations. By Train: Mumbai locals are the busiest mode of transport in the city.

The Gateway of India is an arch monument built during the 20th century in Bombay, India. The monument was erected to commemorate the landing of King George V and Queen Mary at Apollo Bunder on their visit to India in 1911.

Built in Indo-Saracenic style, the foundation stone for the Gateway of India was laid on 31 March 1911. The structure is an arch made of basalt, 26 metres (85 feet) high. The final design of George Wittet was sanctioned in 1914 and the construction of the monument was completed in 1924. The Gateway was later used as a symbolic ceremonial entrance to India for Viceroys and the new Governors of Bombay.  It served to allow entry and access to India.

The Gateway of India is located on the waterfront at Apollo Bunder area at the end of Chhatrapati Shivaji Marg in South Mumbai and overlooks the Arabian Sea. The monument has also been referred to as the Taj Mahal of Mumbai, and is the city’s top tourist attraction.

Mumbai is very well connected to rest of India by trains. The Chhatrapati Shivaji Terminus is the most popular station in Mumbai. Trains to Mumbai are available from all major railway stations in India. Some important Mumbai trains to note are the Mumbai Rajdhani, Mumbai Duronto, Konkan Kanya Express. However, if you are coming from other central or suburban railway stations, then you can reach CST through local transport. Mumbai is well-connected by road that leads to all major cities in India.

Mumbai is well-connected with national highways and expressways . Mumbai visit by bus is the most economical for individual tourists. Government, as well as private buses, operate daily services to this route. Mumbai bus stand is situated at the centre of the city.

While it is the city of dreams and shocks, the city where Bollywood resides, and the city where life is most uncertain, Mumbai is also the city with the most beautiful heart. And this heart houses innumerable places that are must-visits. Of course, to each his own, however, Colaba Causeway has a charm that anyone can rarely resist. If you are visiting Mumbai, or even better, living here, a visit to the Causeway is an absolute must.

Shopping is the first reason why Colaba Causeway is famous, the next being food! From cheap, street clothes to fashionable boutiques, this lane, which houses old buildings from the British Raj, has it all. While you can stroll through the footpaths and look for clothes, shoes, purses, and even jewelry in the latest designs, you can also step into one of the boutiques and look at exquisite furnishings, clothes, etc. The street vendors sell the latest fashion at throwaway prices, which can be bargained for to a great extent. It is always good to spend some time here; you never know what steal you will find.

On this route, you will come across prominent Mumbai attractions like the Jehangir Art Gallery in Kala Ghoda, The Chhatarapati Shivaji Maharaj Vastu Sangrahalaya, and the popular Regal Cinemas. You can also travel to Colaba Causeway from the Churchgate Railway station which takes approximately the same time as from CST.

Juhu Beach is one of the popular shores along the Arabian Sea in Mumbai. The sandy coast stretches for six kilometers up to Versova. The Juhu beach is a popular tourist attraction throughout the year. It is also a sought after destination for shooting films.

Tourists visit Juhu beach to enjoy its scenic beauty. The shores are ideal to relax and enjoy after a long, tedious day. Watching the sun set over the glittering waters of Arabian is a soothing sight.

Juhu beach generally gets more crowded on weekends. The food court here is famous for its ‘Mumbai style’ street food. Do try the mouthwatering delicacies notably Bhelpuri, Pani Puri and Sevpuri. There are numerous Horse pulled carriages offering joyrides to tourists for a small fee. The mix of acrobats, dancing monkeys, cricket matches, toy sellers create a carnival like setting. You can walk on the sand or indulge in frolicking in the sea. Stop for plane-spotting as a portion of the beach is covered by departure path from Runway of Mumbai Airport.

Juhu beach is among the most popular places in Mumbai to visit during the annual Ganesh Chaturthi celebrations. The shores witness thousands of devotees arriving in grand processions, carrying idols of the Lord Ganesh of various sizes, to be immersed in the water at the beach.

By Train: Mumbai has one of the largest railway networks among all Indian cities and Juhu can be easily reached by train from any locality or suburbs in the city. Vile Parle station on the harbor Line is only at a distance of 3km from Juhu and the closest rail station from here. Trains from VT or Church gate are frequently available and Santa Cruz station is also not a long distance away from Juhu. From Santa Cruz or Vile Parle railway station tourists can reach Juhu beach by BEST buses or hiring autos.

The Siddhivinayak Temple in the Prabhadevi area is a revered shrine dedicated to Lord Ganesha and is one of the most significant and frequented temples in Mumbai. This temple was built in the year 1801 by Laxman Vithu and Deubai Patil. The couple did not have any children of their own and decided to build the Siddhivinayak temple so as to fulfil the wishes of other infertile women. Interestingly, the statue of Lord Ganesha here is believed to be self-manifested and grants wishes.

The Temple has a small sanctum housing the idol of Shri Ganesha, which is about two and a half feet wide and made out of a single piece of black stone. The temple has attained a popular status not only because it is believed that the Ganesha in the temple is especially revered, but also because of its popularity with Film stars and the bigwigs of the industry. It is also the richest temple in Mumbai as it begets INR 100 Million in donations each year from devotees across the world.

History: The story behind the construction of the Siddhivinayak temple is that of faith and belief in the Lord. The building was funded by rich Agri woman named Deubai Patil, who did not have any children of her own. She decided upon building a temple dedicated to Lord Ganesha so that he may fulfil the wishes of other childless couples and bless them with children. The construction of the Siddhivinayak temple was completed on 19 November 1801, with the original structure being a square edifice adorned with a dome – shaped spire. Ramakrishna Jambhekar Maharaj who a disciple of the Hindu saint Akkalkot Swami Samarth, buried two idols in front of the present idol upon the instructions of the Swami. As was prophesied by Swami Samarth, a Mandar tree sprouted from the buried idols with the image of Svayambhu Ganesha in its branches after a period of 21 years.

One can avail B.E.S.T buses from any part of the city to reach Dadar/ Prabhadevi. You can also take the local train (Central, Western, Harbour) to reach Dadar. Cab services are available to and from Dadar to Prabhadevi quite frequently. Other than that you can also hail cabs from any point in the city.

You can reach the mosque by getting down at Mahalakshmi Station, Byculla station or Mumbai Central Station. Once you get off the train, you can find buses, taxis and even auto-rickshaws to reach the destination. Mumbai central station is 3 km away from the mosque. Haji Ali Dargah is located close to Worli Sea link. 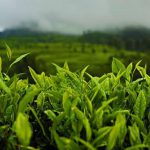 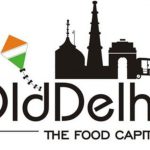 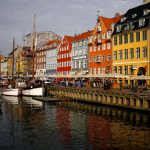 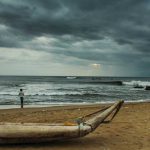 Chennai :A magnificent past and an early metropolitan dream

Where You Should Go in Germany in March

Chennai :A magnificent past and an early metropolitan dream